Ms. Arribas has over 20 years of experience in company and commercial law work specializing in corporate and contract law (sale, agency, franchising and distribution), consumer law and competition law, international commerce, as well as private international law.  She has worked in sophisticated matters of digital law, e-commerce, data protection, pharma and biotech, disruptive technologies and IT in general advising clients, both international and domestic, also in matters of unfair competition, marketing and advertising, product liability and regulatory.  Belén Arribas is also Certified Auditor of the Registry of Auditors of Technological Environments - AULETEC-ICAB. She is also an arbitrator appointed by AEADE, specializing in Technology Law.

She participated in a project of the Spanish Data Protection Authority concerning the preparation of International Data Protection Standards, contributing her comments thereto. She collaborates on a regular basis with several media, newspapers and digital media and radio stations on technology and privacy related matters.

Belén Arribas is a leading member of several associations of specialists, highlighting the International Technology Law Association (ITechLaw), in which she is a director in the Board of Directors since 2011 and Local Representative for Spain since 2012. In the same organization she has held various other officer positions, being currently Co-Chair of the Global Sponsorship Committee and Co-Chair of the Mentorship Committee. Other positions include: member of the Board of the Company Law Section of the Barcelona Bar Association, Member of the Group of Company Law Experts and member of the Board of ENATIC.

Belén Arribas has long-standing links with academia, teaching and lecturing at diverse institutions and associations, in particular at UNED, IDI, IFAES and the Barcelona Bar Association ( ICAB) in whose Master of Information Society she lectures in matters of data protection and privacy and IT Law. She has been coordinator and moderator of many panels and round tables on electronic commerce, data protection and privacy in forums and conferences in Barcelona, Brussels, Berlin, Oslo, Rome, Amsterdam, San Francisco and Washington DC, among others. She was a speaker at the forum 4YFN of the Mobile World Congress. Her conference languages are Spanish, English, French, Italian, German and Catalan. 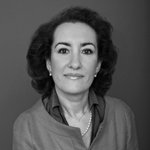