Julie Samnadda is a member of the Legal Service of the European Commission, Brussels Belgium. The Legal Service is a separate entity within the Commission with horizontal responsibility for legislation and litigation. She advises on all IPR: copyright, patents, trade marks and designs and also represents the European Commission before the European Court of Justice. Julie has been in her current role since early 2010 and has appeared for the Commission in most leading IPR cases including:  FAPL Premier League Case C-403/08, Svensson C-466/12, UsedSoft C-128/11, SAS Institute C-406/10 Nintendo C-355/12, Deckymn C-201/13, UPC Telekabel Wien  C-314/12 to Medeva C-322/10, International Stem Cell C-364/13 to the most recent judgment of Nestle v Cadbury (KitKat) C-215/14.  She also manages the European Commission's IPR portfolio.

In 2007, Julie was invited to join the Cabinet of the then EU Commissioner for Ireland, Charlie McCreevy (portfolio responsibility internal market and financial services). In her time in the Cabinet, she worked on the new EU legislation on financial services and banking such as executive/bankers' pay and bonuses, risk, compliance, and fair value accounting; and also EU defence procurement legislation. She returned to the Legal Service in 2010.

She read English law and French law (LLB Hons) on an academic merit scholarship at the London School of Economics and later whilst working, she read for her LLM.

A British national, she also speaks French, Spanish and has passive Italian. She has two daughters and the family divides its time between Brussels and London. 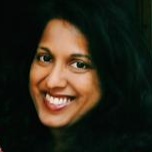